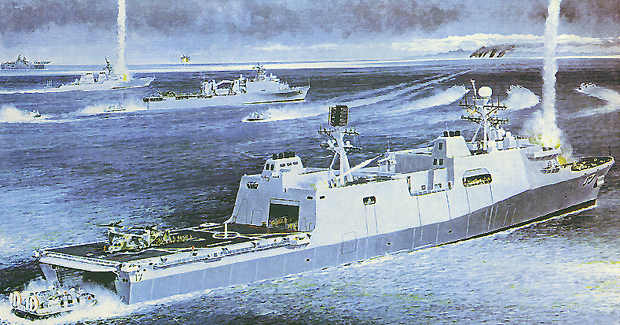 Replacing many of the older and less flexible landing ships, the San Antonio is one of, if not the, most modern landing ship in the world.  Capable of carrying a variety of assets, the LPD-17 is unhindered by the need for specialized protection units.  Even the Army has contracted a ship for expanded amphibious operations.

As most of the world's warfare is accessible by shoreline, the landing ship has found new life and capability.

'San Antonio Leads The Way'  Painting of the infamous landing of USMC's on the South Africa Coast in 1997.