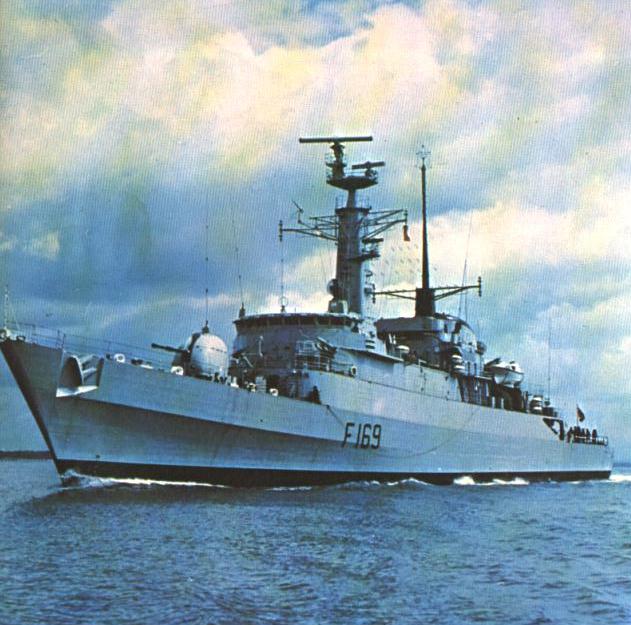 One of England's first post World War II frigate designs,  the Amazon was a major
disappointment for the Royal Navy.  Top-heavy & unable to handle heavy seas, two of the Type-21's were sunk during the Falklands War.
The remaining six ships were slated to be bought by the Pakistan Navy, however they were eventually kept in RN service during the war. 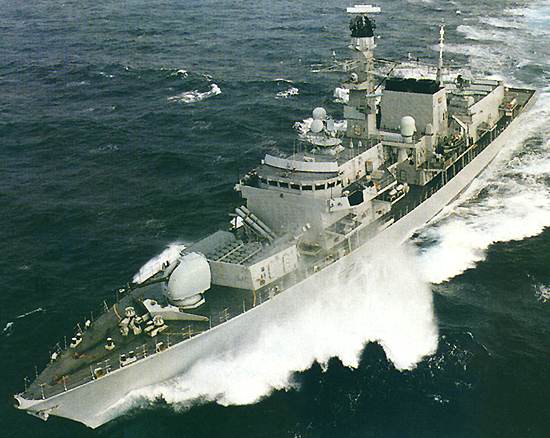 Built to be the sister class to the Daring Class Destroyer, many more Type-23s were built.  The HMS Kent engaged two Red Navy Chinese Luta Class DD's who were preying on British shipping in the South China Sea during the Chinese-Civil War, sinking both pirates.

The HMS St. Albans, during the Tika-America War pulled the crew of the sunken carrier USS Clinton out of the water and ferried them back to New Zealand.