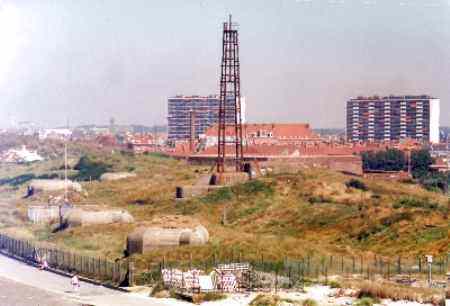 Overall view of the battery

The MKB Hundius is located between the Vuurtorenweg, the Spinoladijk and the Fort Napoleon. The site was classified as a monument on the 3rd of October 1997.

On the 1st of July 1943, the battery was moved to its current location and received four 10.5 cm SK L/40 guns. Originally they stood in open emplacements, but on the 4th of May 1944, a casemate was built for each gun, in accordance with the the orders of the German high command commanding that guns be put in bunkers.

The construction of the MKB Hundius can be considered a typical example of a German battery. The open gun emplacements are laid in a semi-circle around the fire-control post.

This big fire-control post for heavy and middle-heavy batteries, M157 (1), is the headliner of the battery. The observation slits were blocked up after the war. The M157 has been re-opened by the Belgian Navy and the installation used as a coast-guard post. 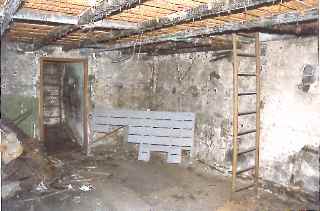 Inside view of the M157. The calculation room.

Moreover they constructed a tunnel from its entrance inwards to the fence of the site. This entrance was incorporated within a troop bunker, 502 (13).

The left and right sides of the battery are identical, as are many of the bunkers on either side.

In front there are four gun casemates, type 671 (2, 3, 4, 5). The two central bunkers were built on the site of the two foremost open emplacements. At the time, the casemates were built in a line, although the northern casemate lay back slightly to avoid being destroyed on a bomb-run.

The other open emplacements (22, 23) lay left and right of the fire-control post.

Each gun had an ammunition bunker (6, 7, 8, 9), type 52aSK (52a built in B), situated underground for maximum protection. In some of them one may find a bunker number. 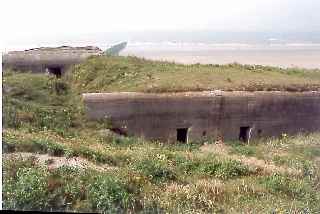 On the northern side of the battery there is a mini-basement which connects a MG-pit (26), a troop quarter (17) and a trench.

On the dunes there is a small trench (29) with small observation posts (27).

Next to the fire-control post there is a light construction made of bricks for a MG.

In front of the entrance site there is again an ammunition bunker (11) and some quarters in brick.

Actually, some of the brick buildings of the battery Hundius are been used the Royal Navy Cadets, which is an advantage because those buildings would not unrig. 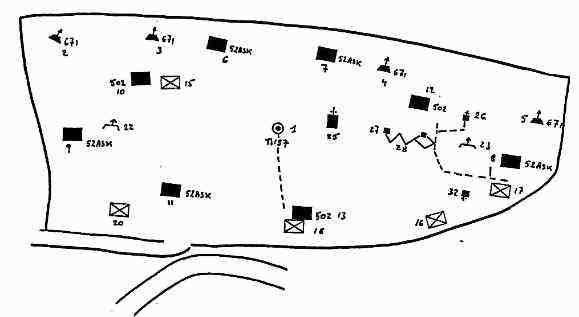 Map of the MKB Hundius 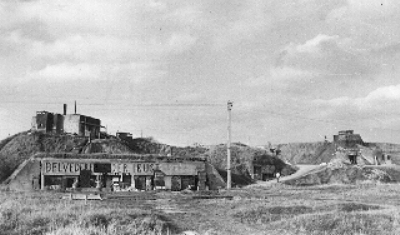 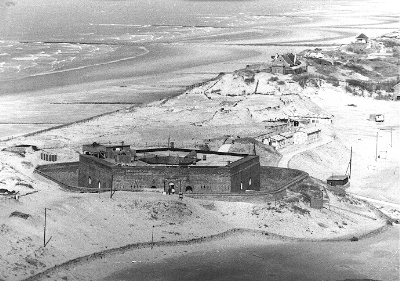 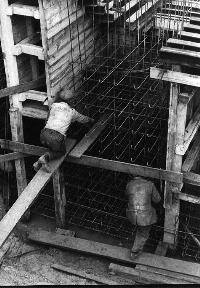