During the war, the centre of the village of De Haan was a  strongpoint Stp Blücher comprising command- and personal bunkers. Today a few remain safely hidden behind the bushes and mansions.  The first is a command bunker for a battalion or a regiment, a Regelbau 117b.  Originally called : Bataillons- oder Regimentsgefechtsstand.  It stands next to the  Carpe Diem hotel and is in a good state apart from the close-combat room that has been removed to obtain more parking place.  On the walls at th e entrance the bunker number is still visible and inside all the armoured doors remain together with the inscriptions of the rooms' function. It served as command post for HKAR 940 or I/216.IR / 171.ID  (1943).   HKAR 940 was  renamed HKAR 1240 from the 12th of December 1943 onwards.

On the other side of the village is a second bunker, a Regelbau 622 designed for two groups of soldiers; originally called a Doppelgruppenunterstand.  This one belonged to the 2nd Cie of Bn I/216 of ID 171.  This  622 has two peculiarities.   The Tobruk entrance is also the entrance to a tunnel that lead  to the country house behind the bunker stands.  The length of the tunnel is the same as the length of the bunker.  Nowadays the end of the tunnel is closed.

The second peculiarity is  the fresco's painted on the walls, one in each room.

Finally the bunker numbers are still on the walls at the entrances.

Between the country house and the bunker is a swimming pool that for sure dates from the war years. 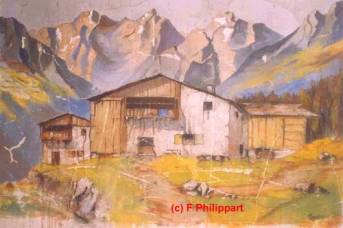 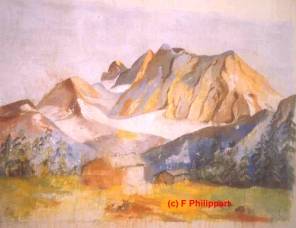 A second bunker that belonged to this group was also a command bunker, Regelbau 608, but a large country house has been built on it completely obliterating any traces.

Outside De Haan, next to the Zeepreventorium, is a former radar site, Stp Westlich den Haan.  There actually remain two small  Vf FlaK bunkers for a 2 cm FlaK.  On the ground there is only one room without a separate entrance and on top of it is the FlaK.