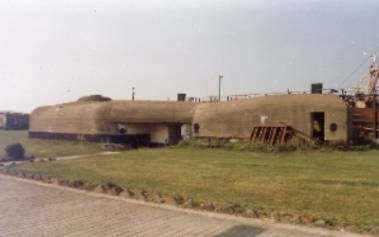 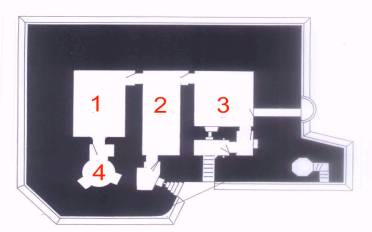 This bunker stands next to the lock at the fishing dock on the eastern bank of Oostende.

The main armament was a 5 cm mortar M19 installed under a heavy armoured copula.  The mortar had a range from 50 m to 750 m.   Manually the mortar could fire 60 rounds per minute.  Automatically he could get 120 rounds.  3900 mortar bombs were stored in the ammunition room.  The bombs were loaded in clips in the mortar.  The mortar made its appearance in the bunkers of the Oder-Warthe-Bogen Stellung at the former German-Polish border (now Poland).

The purpose of this type of bunker was the defence of the beaches and strongpoints (Stützpunkten).

In this case, two 633 bunkers took care of the defence of the harbour of Oostende, one of which remains actually there today. By arcing fire it was able to destroy resistance nests which could not be hit by direct fire from MG and/or PAK casemates. Therefore it was not necessary for this type of bunker to be in the front-line and one will always find them behind the main line. The bunker received its co-ordinates from front-line observers and observation posts as well as from its own periscope.

The bunker has one entrance, a gaslock, crew-room (3) with emergency exit, a close defence room, an ammunition room (2)

where the filters also hung, a workshop (1) and the combat-room (4). In the workshop the crew prepared, primed and stored the mortar bombs. The combat room had two floors, on the groundfloor one found the ammunition hoist and the primed mortar bombs. The mortar gun was installed on the upper floor. 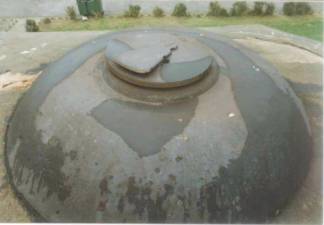 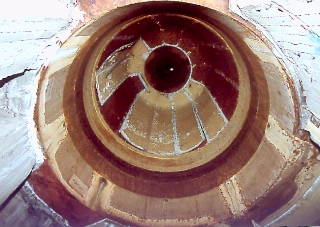 Outside and inside view of the copula for the mortar. 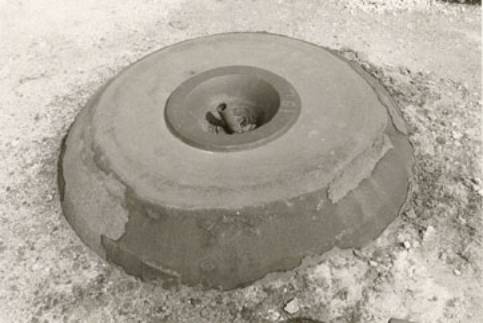 How it looks like when the mortar should be in place.  (thanks to Stichting Bunkerbehoud) 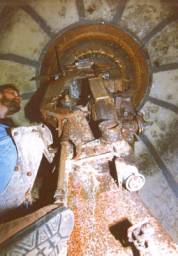 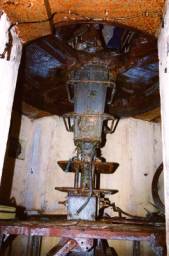 A remaining M19 in Denmark.  (thanks to Dan Mouritzen)

The bunker had a total crew of fourteen men.  The mortar was served by an aimer (copula commander), a loader and a marksman. The second in command stood in the workshop with three soldiers.

All doors are still present and there are still some technical texts on the walls. Unfortunately the mortar and its equipment has gone.

The Simon Stevinstichting presented a request to the Ministry of Monuments & Landscapes for classification of the bunkers for their historical and unique value.

Luc Martens, Flemish minister for culture, family and welfare, signed in 1998 the decree for the classification .

Some other 633 mortar bunkers : 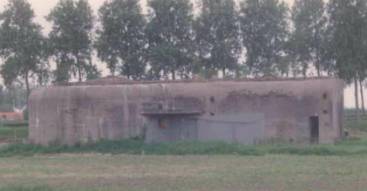 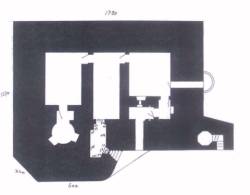 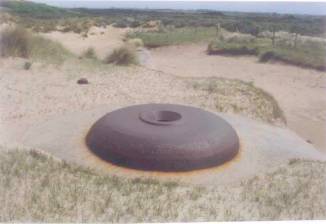 Stp Martha at Le Platier.  Notice the periscope SR9 behind the copula of the mortar. 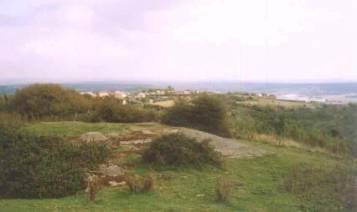 Stp Fransozenkraut at le Mont Lambert near Boulogne.  The copula has been removed and you see only the roof of the 633. 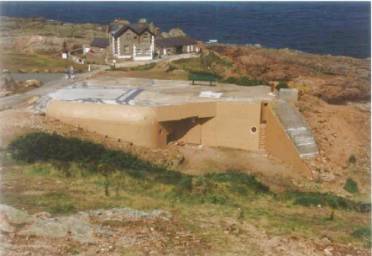 Stp Corbière (Jersey, Channel Islands).  The bunker is linked with a 634 and is under restoration by CIOS.