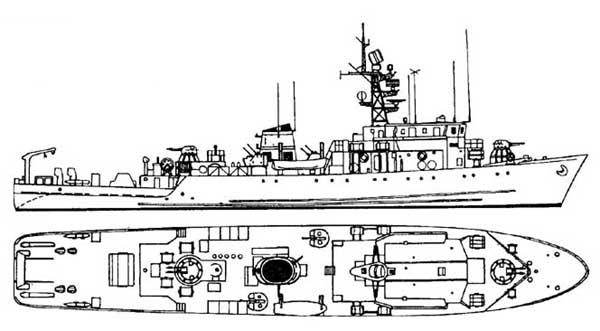 An ocean going Minesweeper, the Natya is used to defend the Russian fleet from the most modern of mines.  As with most minesweepers, the Natya class is wooden hulled, to defend against magnetic mines.

A common Russian craft, the Osa earned its claim to fame in the Eastern Med.  When the Israeli Destroyer INS Eilat was sailing off the coast of Egypt, it met with a 4 boat flotilla of Egyptian OSA's.  The battle ended with the Israelis swimming home and a bright young Arab Lieutenant promoted to Captain.

The Osa is a simple design that any nation can build, and many did.