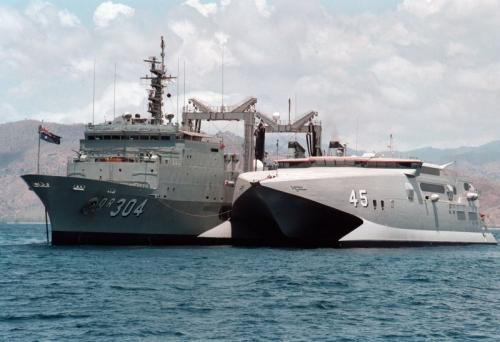 The Jervis Bay is a classic example of a Armed Force ordering something then not knowing what the hell to with it once they got it.   The Jervis Bay was built and the Royal Australian Navy played around with it
until the East Timor Sealift where the roll of Troop Transport was filled by Her.   Originally unarmed when the war broke out a 76mm autocannon was placed fore and aft.

Able to be used as a landing ship, then command center, the Tobruk is a versatile craft, capable of carrying a heavy load of 18 Leopard Tanks (at the expense of everything else).  It looks similar to the Russian Alligator Landing Ship, and is used for short distance unloading. 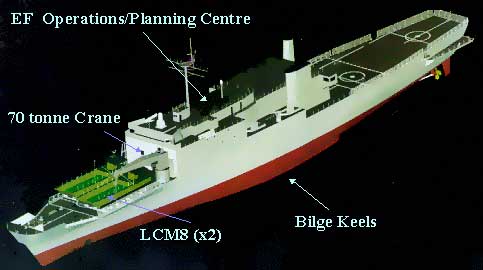 Heavily modified US hulls, the Manoora Class LPA are versatile landing craft.  Able to carry troops and helos, this is a replacement for the Jervis Bay and other smaller craft.