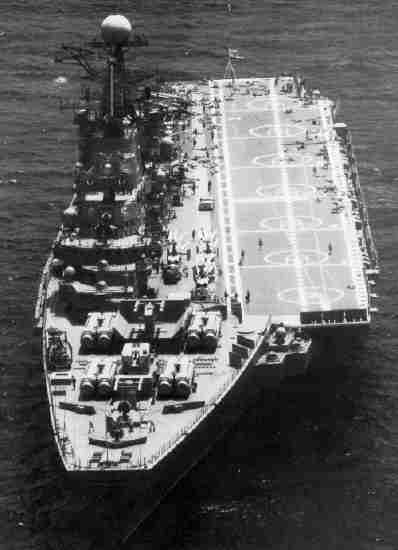 While the US was building 'super-carriers', Russia combined the two most powerful ships into one hull.  A combination of carrier and cruiser, the Kiev was a good idea on paper, though not necessary a decent reality.  Able to fly the Forger jet and Helix helos, it was a good ASW platform, though could not 'duke' it out with a more conventional carrier.

The modified Kiev is the only remaining Kiev in Merc service, though the three other hulls are in 'reserve'.  The Kiev, though powerful enough on its own, was expensive to run and man, thus making it hard to continue operations in cash-strapped Russia.  China has expressed interest in the Kiev herself, and made a down payment.  Nothing has come of this since 1994. 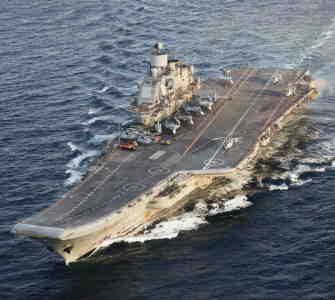 The continuation of the aged 'Kiev' Class, the Kuznetsov was the only finished ship before the war.  Once the war began, the Russian Navy sold off many aging ships to fund the two additional carriers, though crewing them has been difficult.  For Merc: 2000 and Dark Conspiracy, only the Admiral Flota Sovietskogo Sojuza Kuznetsov (Admiral Kuznetsov 063) is completely built.

The ship has two lifts for aircraft and a ski jump ramp of 14 degrees, with an angled flight deck  The Kuznetsov has suffered from excessive rolling in rough weather and still has water distillation problems