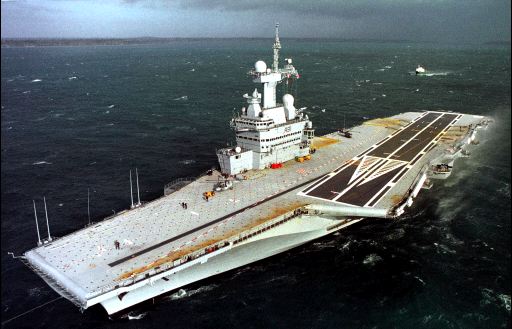 France's introduction to the nuclear powered carriers were not as was hoped during the design stage.  Many problems plagued the nation as it struggled to built the expensive ship.  Two were originally planned (FS Richelieu or Clemenceau), but the Charles De Gaulle ran so far over budget it is not certain if another will be built.  As well as delays, the De Gaulle is louder than expected, and has a much larger radar profile than first planned.
It is equipped with two (2) catapults. 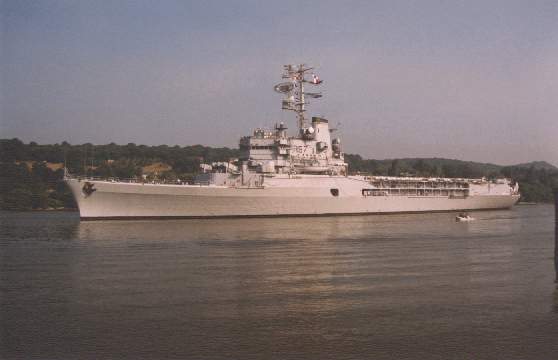 The 1960's built Jeanne D'Arc was to be transferred as a training platform once the Charles D'Gaulle was built.  Due to the war, and the rough shape of the new CVN, the D'Arc was maintained as a combat capable platform.  Air conditioned, the carrier also carries two small landing craft.  It can be converted to a troop carrier in days, to carry commandoes or up to 700 men and equipment.  The Army is well trained in helo ops with their own helicopters from the D'Arc.