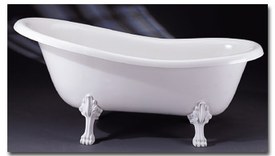 Author: Farfalla the Butterfly-Kitten
Series: Star Trek: The Next Generation
Website: Fanfiction is at http://www.cosmicduckling.com/scribble.html
Beta: Julie (and thanks, Hy, Saavy, and Auntie M for cheerleading)
Archive: ASCEM and anywhere. Ask, but just so I can keep track of where it is.
Disclaimer: The entire Trek universe belongs to Paramount and will not suffer much from the poking and prodding of our curious collective imaginations. We mean our beloved characters no harm and think that quite possibly they enjoy the variety ;-)

Deanna Troi, counselor to hundreds, sank wearily into her bath. It was the end of a very long day concluding a very long week, and she savored every minute of her temporary freedom from other people's problems. She loved helping people, but when one was physiologically empathic, it was physically fatiguing to encounter such a wide battery of emotions daily. Her job was rewarding; she just needed to remember to keep some time to herself to recharge her faculties.

It was time to pamper herself. Out of a wide panoply of personal pleasures, all appealing and difficult to choose among, she selected a long hot bath. For one thing, she would be guaranteed privacy-- a necessary part of her relaxing process that would not have been present if she'd chosen sex as her weekend treat. And eating chocolate-- well, she'd come very near to choosing chocolate, but quite frankly she wanted to lie down, and unfortunately it was difficult to swallow in that position. A pity, really. They were both quite lovely pleasures....

The hot, heavy water caressed her bare skin and she closed her eyes and leaned back against the wall into her inflatable bath pillow. Very aware of every aspect of her own body, she felt a soft pleasure as she felt her pores opening to the warmth, her muscles loosening, her heartbeat decreasing slightly. She breathed deeply, inhaling true peace.

True peace smelled a lot like chocolate. Hmm, that was funny. Why was she smelling chocolate? And why did it seem like the water was slowly growing more viscous? She opened her eyes and gasped.

The water was turning into chocolate.

Confusion and alarm warred with utter delight within her breast. Was she hallucinating? Was this a happy dream? She moved her arms slowly underneath the surface of the thickening liquid. Good thing her hair was tied up!

The transformation stopped short of true chocolate sauce, remaining a runny, hybrid cross between Deanna's favorite ice cream topping and the original bathwater. "Good, it's not going to harden completely," Deanna mumbled to herself.

"That's a splendid idea! Why didn't I think of that?" The male voice came out of nowhere, but even so its arrogant, fey drawl was unmistakable.

"Q!?!?!" Deanna looked around the room angrily. "What are you doing in my bathroom? Get out!" The chocolate water was now opaque, luckily, hiding her body from view.

"And miss all the fun? I wouldn't dream of it!" The invisible voice chuckled.

"Q, why are you here? And why did you turn my bathwater to chocolate?"

Deanna sighed exasperatedly. "Of course I like it, I'm taking a bath in chocolate. But I don't understand what you're doing here."

"I'm pampering you, my blooming Betazette," said Q. "I'm giving you all the things you like, all at once. You deserve it, after your long week."

"It's not like you to be so nice to someone. I'm suspicious." Deanna wrinkled her brow. She couldn't scan the entity; but then again in some way that was a relief. Her mind was too exhausted to stand the presence of another's internal consciousness.

"Don't be afraid of me, ma cherie. I'm only here because I lost a bet."

"A bet? With whom?" She could have guessed, though.

"Oh, with Jean-Luc, of course. It's actually rather private, but if you want to know, I'll--"

"Spare me, please." Deanna had no desire to hear what kind of games he was about to bring up. She really didn't want to think about the captain in a sexual context, and she had every reason to suspect that's what Q was talking about.

"As you wish, my curly-haired Counselor." Q paused. "Now, please lean back and relax."

"You promise you aren't just playing a joke?"

"Promise. I swear it on...on chocolate!"

Deanna leaned back again into the pillow and took a deep breath. The aroma of chocolate was clinically proven to be extremely soothing.... but was there more than just aroma to enjoy here? "Q, is any of this.... edible?"

"Taste all you like, Miss Troi. Go on! It's not going to bite you." He chuckled at his own lame humor.

Deanna lifted one of her chocolate-coated hands out of the water and licked her index finger. Wahoo! What a delight! This was the good stuff. *Well, of course,* she thought. *He's a superbeing.*

Within minutes she had licked both hands clean and was plunging them back into the bath to retrieve more. "This is great!" she commented. "Thank you."

"It was rather creative, yes? But I can do more. How about this?"

Suddenly Deanna realized that some of the chocolate around her body was beginning to almost caress her in a personal way. Her nipples perked up and she let her legs float open a little. "This is absurd," she murmured happily.

"Yes...." Deanna felt regions of the chocolate partially solidify into a sort of autonomous gel and begin to massage her thighs. She let out a deep sigh, licking more chocolate off of her thumb. Her legs fell wider open.

"That's it, just like that," Q coaxed her, until her legs were splayed out into a wide 'V'.

The liquid chocolate fingers moved around to the inside of her thighs, teasing, torturingly good. Deanna's pelvis tensed as her pussy strained to reach them. Finally they obliged her, and the chocolate crawled up between her labia and flickered around her clit. She let out a little moan and twitched her hips.

Some more of the chocolate between her legs was now forming into a phallic shape, and it nudged gently and bluntly at her opening. She tried to put her hands back under the bath to guide it in, but it found its own way in before she got there. Slowly and completely the chocolate filled her, nudging inner places she'd only reached herself by accident (having small hands).

Living chocolate pulsed around her body and made love to her inside and out until she was groaning animalistically. When she finally climaxed, the orgasm lasted a full minute and a half. She held on to the edge of the tub and rode each twitch to its fullest energy, watching the small waves she made on the surface of the chocolate with a kind of introverted satisfaction.

The chocolate quickly faded back into hot water, and every drop of sweets was washed away under its forgiving flow. "Q?"

"Oh, I was just leaving. Did you want something, Deanna?"

"I wanted to thank you. That was incredible."

"I'm glad one of us was having fun," Q said evenly.

"What? You got no pleasure out of any of that?" Deanna was more amused than hurt. She had no interest in becoming the object of Q's oddly-displayed affection.

"For whatever reason, not particularly." Q sighed. "Oh well, I suppose you humans can't all be bald Frenchmen...."


return to the stories page or
return to my index page